Copyright law of the United Kingdom 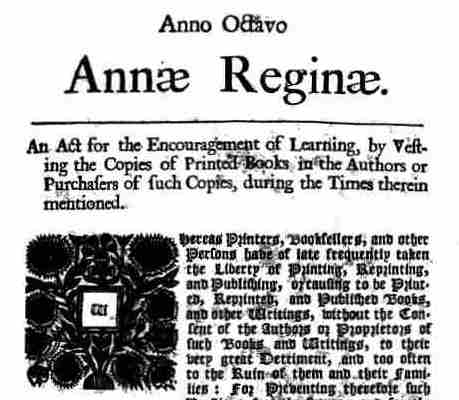 The origins of copyright law

The first copyright act in the world was the British in 1710. Before that time it was common for printers or booksellers to reproduce copies of books without the permission of the author, which was obviously a great detriment to those authors and actually discouraged authors from writing books. The Statute of Anne changed this giving authors of books the right to control the reproduction of their works.

A full transcript of the can be found at www.ebooksread.com

The current legislation is the .

The full text for the can be found at the National Archives website.

The United Kingdom is a contracting party to all major copyright treaties.

As with all copyright legislation, UK copyright law aims to promote progress, innovation and artistic endeavours by allowing authors or creators of literary and artistic works to profit from their endeavours by granting them the exclusive right to control that work. To allow this, copyright exists in law as a right that arises whenever an individual or company creates a qualifying work: To qualify for copyright protection a work should be original, exhibit a degree of labour, skill or judgement, and be recorded in some manner (written down, recorded as a sound recording or film, captured as an image, or otherwise fixed in a tangible form).

Please see our copyright basics page for more details on the rights of copyright owners.

The 1988 Copyright, Designs and Patents Act states when copyright will expire as follows:

Parliamentary Copyright will apply to work that is made by or under the direction or control of the House of Commons or the House of Lords and will last until 50 years from the end of the calendar year in which the work was made.

The law specifies restricted actions; actions that require the permission of the copyright owner, as well as exceptions that are allowed without permission (this is known as "Fair Dealing").