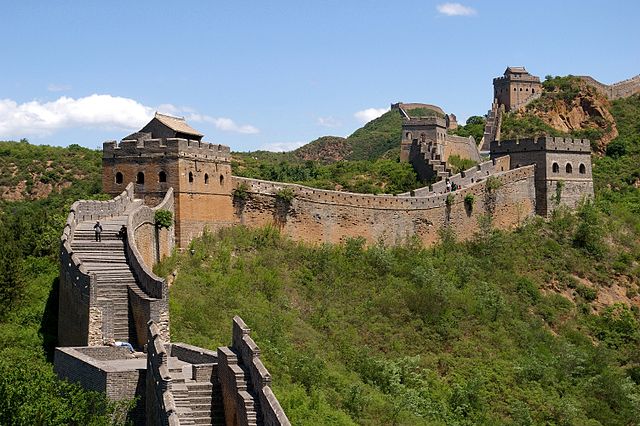 Great Wall of China near Jinshanling

The purpose of copyright law is to grant the authors of literary, artistic and scientific works rights that protect their interests and thus promote progress in culture and science.

The current version of the Copyright Law of the Peoples Republic of China went into effect on April 1, 2010.

Full text of the current legislation can be found via: http://www.wipo.int/wipolex/en/details.jsp?id=6062

The China is a signatory of the major international conventions governing intellectual property protection: China acceded to the Berne Convention (1971 Paris Act) in 1992, this came into force on October 15, 1992; The Universal Copyright Conventions (Geneva and Paris) came into force on October 30, 1992; TRIPS on December 11 2001; and the WIPO Copyright Treaty on June 9, 2007.

The law covers all works of literature, art, natural sciences, social sciences, engineering and technology, which are created in any of the following forms:

(quoted from Copyright Law of the Peoples Republic of China)

Article 5 states that the Law will not apply to:

(quoted from Copyright Law of the Peoples Republic of China)

The Law applies to:

By default the copyright owner will be:

Copyright in a work (the rights to the work) is normally a separate asset to the work itself, so, for example, an artist may sell an original artwork but retain the rights to exploit that work (such as to create and sell prints of the work). In this example, whilst the new owner of the original artwork would have the right to publicly exhibit the original artwork, they would still need the permission of the copyright owner to produce prints of the work while copyright exists in the work.

Inheritance and succession of rights

When an individual dies, the rights they had in any copyright works will be transferred (inherited) in accordance with the Law of Succession.

Copyright will apply to works that are created by adapting, translating, arrangement, compilation, (etc.) of existing work. Copyright in the resulting work will belong to the adapter of the work, provided that does not prejudice copyright in the original source work; i.e. it does not grant the adaptor any rights in the underlying work, and, if the original work is subject to copyright an adaptation will typically require consent of the copyright owner of the original.

Rights of the copyright owner

A copyright owner has the right to be named as the author and the right to protect a work against distortion and mutilation.

Permission from the copyright owner is required to carry out any of the following:

See article 10 of the Copyright Law for further details.

Please also see our Copyright basics page for more details on the rights of copyright owners.

There is no time limit on the right to be identified as the author and the right of an author to protect a work against distortion and mutilation. For all other rights, the following time limits apply:

Fair use limitations on rights

In some circumstances a work may be used freely without permission the copyright owner, provided that there is appropriate acknowledgement of the name of the author and the title of the work being used.

The Copyright Law states these as:

(quoted from Copyright Law of the People's Republic of China)